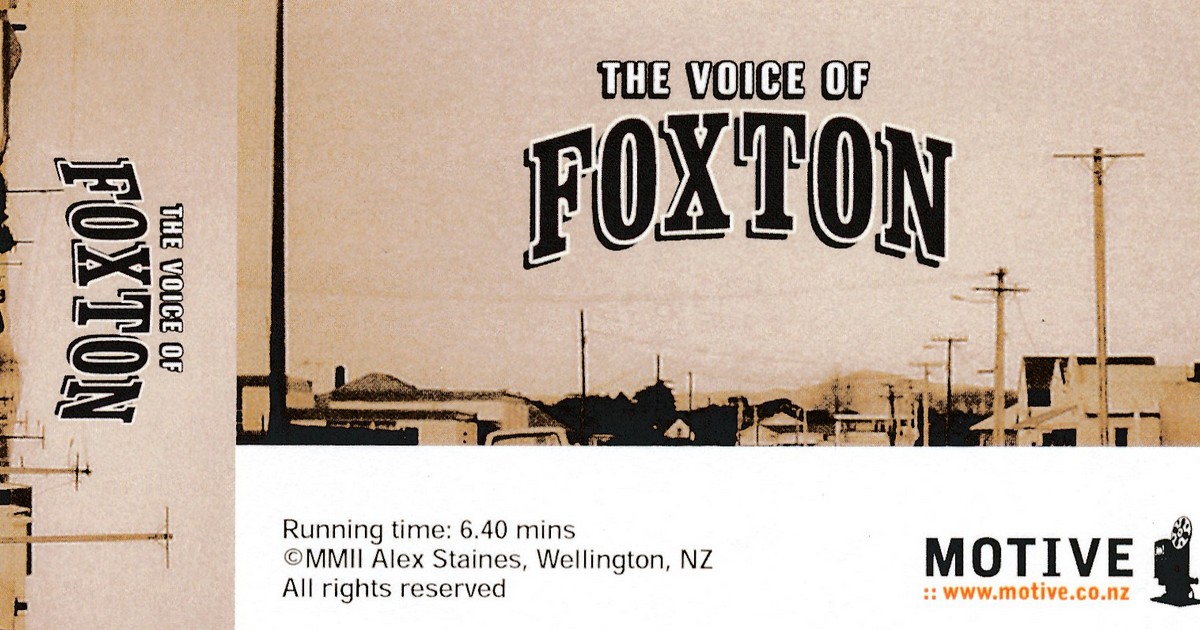 Video short: The Voice of Foxton (2002), “An acid poetry postcard from small-town New Zealand”, was completed thanks to a grant from Motive/Suspect Productions in Wellington. Justine Flanagan at Motive/Suspect expertly edited the video.

I produced, wrote and directed the video. The camera and sound gear (very minimal) was expertly wrangled by the irrepressible Johnny Morris. The actors were myself and the gorgeous Caron Dallas. Costumes were made by the late designer Gina Toscano, and the director’s assistant was Aaron Frater.

It screened at festivals in New Zealand and at Antimatter Underground Film Festival in Canada in 2002.